My favourite saying, for when things get a bit overwhelming, or too much. I'd like to think it is my own creation mixing a Scottish flavour with the sub continent quaintness of expression.
And that is how it has been the past few weeks, one of those periods when lots of big things land in your life, all at the same time, each seeking energy and attention. 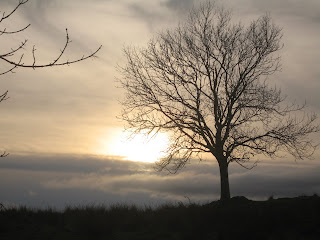 We were stopped in our tracks a few weeks ago by my father's serious illness. Thanks to today's global Internet and phone communications, modern health care services in Scotland and of course the ability to get yourself across the world in a short space of time I was able to spend a few precious days back in Scotland. Interestingly it took longer to get to the hospital in rural northern Scotland from London, than it did to get from Colombo to London. I was quite taken aback by the number of visitors and tourists which put accommodation at a premium both in terms of availability and cost. But good news for Scotland and probably also for the environment. It had its moments for me too, experiencing extremes in hospitality from a wonderful warm Bed and Breakfast with glorious sea views, delicious traditional breakfast, and superfriendly and welcoming hosts to a version of Mrs Fawlty who spent her time complaining about all the guests, and a night spent in what was called a guest cottage but I am sure was a converted dog kennel! It was also an unexpected and very welcome chance to spend special time with family - it is incredible that in the most intense and difficult of times, we are able to have warm and close time too. As my father's health slowly stabilises and improves we have that extra sense of support and closeness.
Time, energy and a fair bit of stress is also taken up by the latest situation here and the implications as it affects me and my work personally, but more so my friends and colleagues. As I said earlier, that is not something for discussion here or now, but that doesn't detract from the seriousness of what is going on.
So you can imagine how much I was looking forward to hubby J's arrival this week. I had just returned from Scotland drained emotionally and physically and somehow managing to end with "double jet lag", rather than the "no jet lag" I had talked myself into expecting from such a short trip. At the same time I am gearing up to the demands of an intense field trip, so all in all feeling pretty strained. Hubby was all set to travel by train from Siliguri on Wednesday, would arrive in Delhi the following day and catch Thursday evening's flight to Colombo! Wonderful! Or it was until J called with the news that there was an "all India strike" and three states in particular were completely at a standstill. One of those was of course West Bengal, where trains were stopped and even the planes were "ground landed" J's train was halted in Assam for 14 hours so he had a long and miserable wait at Siliguri until the strike lifted that night and the train finally rolled into the station where J, many other miserable travelers and a significant number of cows were waiting on the platform. He arrived in Delhi 13 hours late, far too late to get the flight of course. Thanks to technology, we were able to get his ticket changed and he arrived 36 hours later than expected, a few hours before I will be heading out for my field work, but long enough to rustle up tasty aubergine and pumpkin curries!
And you can never have too much many of tasty curries!
Posted by Feisty Blue Gecko at 13:35 1 comment:

So now we have a really helpful perspective on the effects of the eclipse (thanks to Konchog's comment) "According to the Tibetan Buddhist calendar, the positive or negative effects of actions during a solar eclipse are multiplied by 10,000." So it is up to us! Think of the effect of what we do - and let's make the most of this opportunity and make sure that we focus on actions with positive effects.


On that note, it is time for a clarification - the stunning eclipse images in yesterday's post are not mine! I didn't realise that some folks might think they were, but I got them from the public domain to illustrate the eclipse. Of course I wish they were!


When the eclipse reaches Colombo later this afternoon it will be in the last stages and due to our southern position will be partial (about 20% visible). It might also be hidden by the heavy clouds which have gathered. Let's see .........................

Dreaming Of Danzan Ravjaa An American Buddhist Monk in and out of Mongolia: Religion, Culture, History and Birdlife
In the meantime, this is the link to Konchog's blog with his thought-provoking insights and experiences which are discerning, perceptive, serious, often amusing and entertaining and always fascinating! http://danzanravjaa.typepad.com/my_weblog/
Posted by Feisty Blue Gecko at 07:18 No comments: