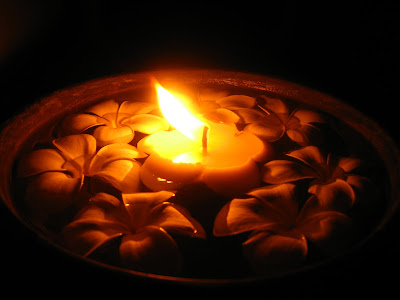 Posted by Feisty Blue Gecko at 17:54 No comments:

.............and how about this for a classic advertisement hoarding, which I spotted when we were living in Mongolia. 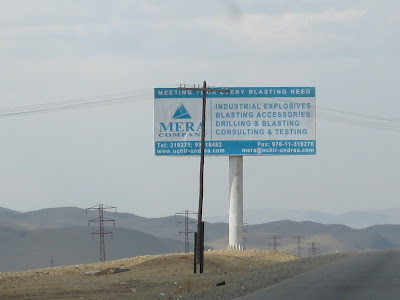 Yes, it really does boast "Meeting your every blasting need".

So far that wins the prize for the most obscure advertisement I have ever seen!

Posted by Feisty Blue Gecko at 16:19 No comments:

Isn't it funny how some things become amusing with just the slightest change of spelling or expression? I always smile when I pass a chemist nearby which has the proud display "Super Drugs". Totally different to Superdrug in what it conveys!

I think my favourite though, is the advertising hoard for a car repair workshop which proudly tempts custom with its sign "New and used body parts here".

Thanks, but no thanks - I reckon I will pass on all of the above!
Posted by Feisty Blue Gecko at 15:37 1 comment:

Edible and not so edible surprises!

How ironic - lack of posting on the blog is related not to a dearth of things to talk about, but due to too many things to talk about and not enough time to write about them! So thought I would just try and jot down some short and sweet observations for the time being.

I am always interested in the variety of different fruits and vegetables available here, and usually have no idea how to prepare most of them. So I thought I would be adventurous the other day when I was shopping in Arpico (one of the supermarket chains here) and stocked up on a number of interesting vegetables which are in season at the moment. I spied a small pumpkin and thought I would be really brave and make a pumpkin soup or curry, which would go beautifully with some peppers and other seasonal veg. So far so good.

That evening I got to work, peeling and chopping and left the pumpkin till last. The peppers and onions were all chopped and ready and another pot was hosting a medley of fresh beetroot, cabbage and onions. I sliced into the fresh pumpkin flesh and opened it ready to chop. But instead of the orangey flesh I was expecting, I was greeted with white flesh and large seeds! I stared at the mutant pumpkin in horror - and discovered that it was a large, round relative of the cucumber, masquerading as a pumpkin! It was wearing the same colour of skin as a pumpkin it was the same kind of size and shape and even sitting in the same spot in the veggie counter - and worst of all, totally unsuitable for soup!

That was surprise number one - the inedible one.

After a re-think and development of a fresh plan (including relegation of cucumber to the fridge), I set to work on the rest of the dishes. Remembering the wonderful flavours of Russian Borsch (beetroot soup) from my time in Belarus and Russia, I had the idea of preparing something a bit different. A creative concoction developed, which featured a hint of chilli, a handful of cumin seeds, garlic and some of hubby's spices. A brilliant purple mix developed and a rather interesting aroma. With some trepidation, I tasted it, anticipating another disaster, and I was highly surprised to find that beetroot and cabbage curry is really tasty, even if you can see it in the dark!

And that was surprise number two! It was particularly yummy with beaten rice and eaten in South Asian style (with the hand) and results in matching purple fingers!
Posted by Feisty Blue Gecko at 21:41 No comments: